Diamonds Are In My Eyes

Thank you to my bestie Cristina for creating the layout for me and in the end, being a great friend! She’s more than my graphic designer but a great friend that I’ve had for years and have told my life’s struggles to and her’s to me. I picked Scribblenauts due to the whole playful nature of what could be done in the game and still have so much fun. I recommend Scribblenauts on any platform because of how versatile the solutions are to the puzzles. Still, things have been going on…

Jose, my husband took off a full week for our anniversary forgetting it landed on the 13th and not this week but regardless, I’m happy he’s home. Our relationship is better with me working and though, there’s some trouble with work when it came to unfairness by the store management, and me refusing hours and realizing that work isn’t idealistic as I remember it being. Employees don’t have to be your friends but there are rare times that I do make friends and somehow, it can stick and it has. Work has been hell with the hours being given, either I am given too much or not enough but with Jose’s pay rising to more than 20 an hour (he works at a bank) and us paying off credit cards and finally our car (soonish) as well have less than an 1000 on it. Yeah! After that, we’re looking into getting pregnant, as I’ve already taken steps to get ready for that.

Weaning off the meds I take that can hurt a potential pregnancy and me zipping into losing weight and keeping it off for the sake of less “complications” but in the end, it’s good for me and for us. I noted that my therapist died and I still haven’t at this time got a new one, but here, I missed the memorial by relying on family but in the end, at least, she has helped me recover and manage in my own ways.

That legacy of helping her patients lives on, and I’ll go as if I still treasure those sessions. I’ll always treasure them and reach for that recovery all the time. 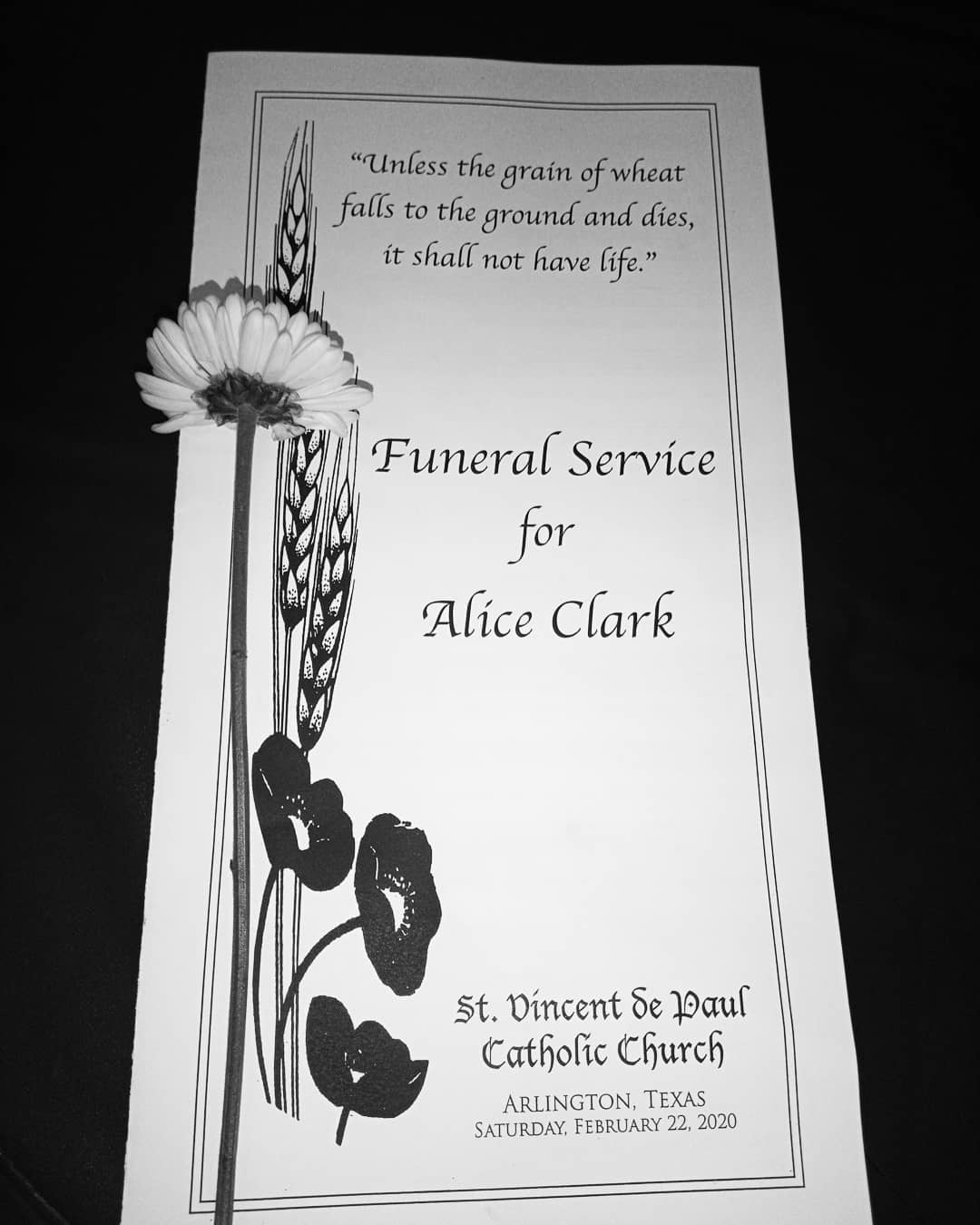 R.I.P
The perils of being a relationship with a neurotypical is the fact that it’s a struggle for them to understand the implications of someone they love not being “normal” or mentally ill. I love Jose to death but honestly, after today and yesterday, our marriage was really on shaky grounds and we tried and successfully reconciled the thought that I cannot control entirely my condition; Trauma is like that and while, I haven’t talked about my own trauma, it affects me everyday to the point that it becomes me and it shouldn’t, but with Jose, reinforcing that bad notion that I am somewhat “damaged” but no fault of his own, he tried to understand and tries continually but, out of love, he doesn’t want to think I’m “damaged” and that I can do all the functional things possible. I can’t all the time and with work making it difficult on me, I know that he tries to be sympathetic to me and…I just love him. He isn’t afraid to cry or show his emotions to me and will still fight for us. He loves me. 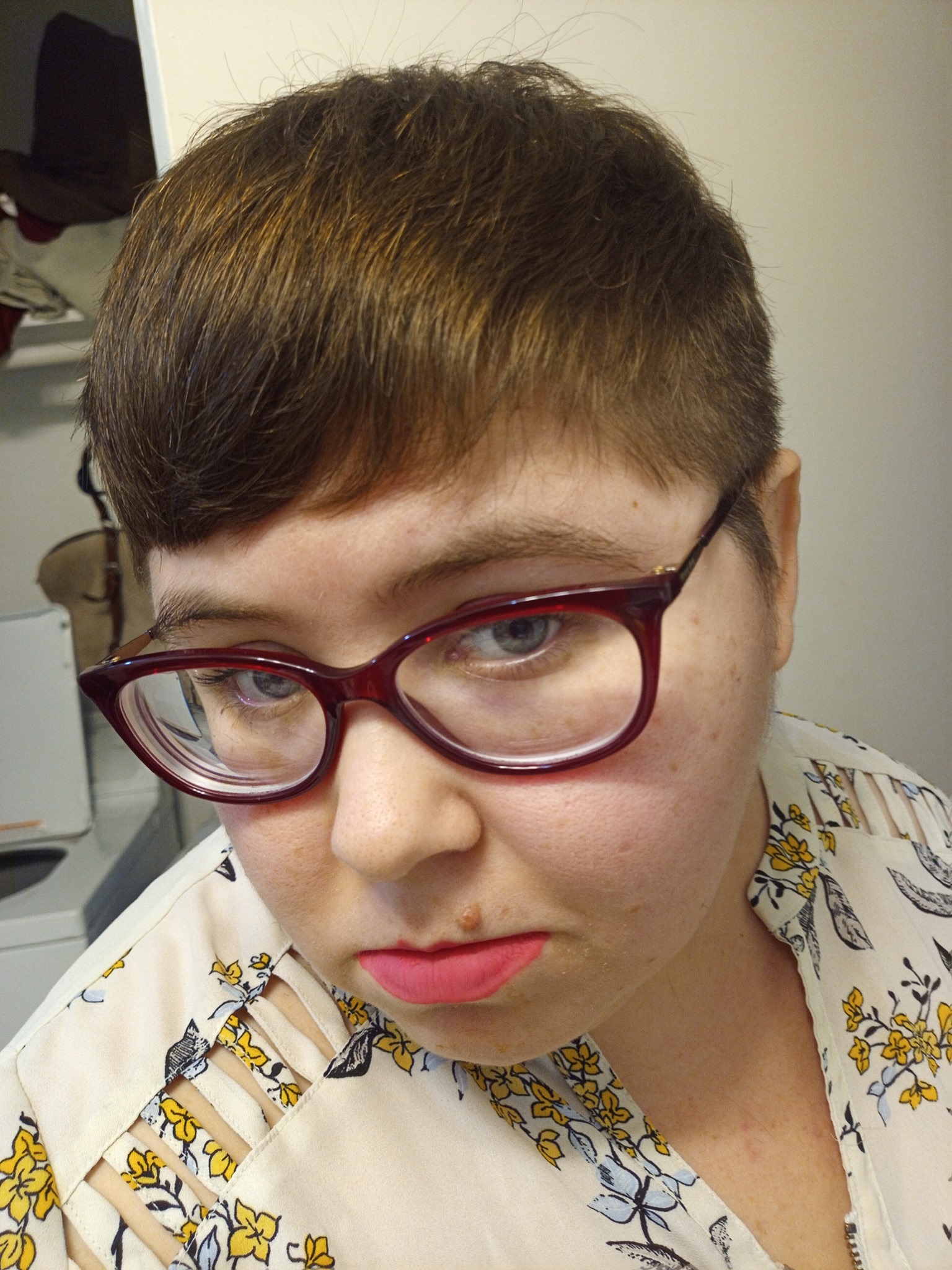 New haircut
He truly is in love with me and I feel the same as him and while, it’s been a difficult road, sometimes caused by my own hands and my own spending habits and his own naivety; our relationship is strong as he treats me right and I’m lucky to have never been cheated on etc; in any relationship but feeling like a disappointment in knowing I want kids and knowing that others disapprove makes it harder to wanna conceive. I guess, there is some support from my aunt that is like my mother in a lot of ways that my own mother failed to be and knowing that I am loved….that others don’t wanna see me hurt….and in pain….Jose, my aunt and others are there for me, always.

Happy 7th wedding anniversary to us on the 9th of March!!!!!

I like your layout. I know nothing about the game but the layouts really cute. Happy early anniversary to you and Jose. I love the fact he took the week off even if he got the week wrong, it’s still really sweet. It sounds like he really loves you. My hubby and I have our 4th anniversary coming up in August. Can’t wait till the 5th anniversary. I want to do something special for him. I am glad your relationship is strong and that you love each other so much. All relationships take work and have their weaknesses and strengths. Sometimes it can be a struggle but it can be so lovely as well 🙂

The design is really pretty – I like how the colours come together. Happy anniversary!

Hi. Is Cristina a Romanian girl that used to run a site called “Love More?”

Woot 7 years! That is an accomplishment these days. ♥
It is always a great feeling to be closer to paying off debt and stuff. I can’t wait until my bill for all my medical loans are over. It started at 15,000 and now it is almost 4,000 – I’m so close!
I can’t imagine how hard it is to deal with anxiety and depression. I have a small bit but nothing like some of my friends and family have. My sister has it pretty bad as well. I always wish there is more we could do to help during a bad attack but I guess the best that can be done is show my love and support like your husband is trying for you. I wish you well. ♥

Hey ♡ stopping by to say Hi! I hope all is well. I am sorry about your loss! And i love your new design.

I’ve never heard of that game but the layout is ever cute and looks amazing. I hope that you and Jose have a great anniversary and I hope that yall enjoy yall’s week together. It’s so great to hear that about your relationship and I hope that everything goes well for the potential pregnancy.