Flowers Breathe In The Air

It’s been a long while since I’ve updated but I’ve been so swamped with work and since I’m a cashier for a grocery store, I’ve become essential and that’s put a lot of strain on me, already full of issues and trauma more than most people. I’ve been trying to be strong but I caved and self harmed three times in just three weeks and finally decided to fix my mental health by finally taking my grief after losing my therapist, my social worker, and contacting another one and I’ll be talking to them; and with work bringing me to tears all the time, I was finally sat down by my store manager and assistant manger as they were worried about me.

So, I’m going to do FMLA for my work, which is FAMILY MEDICAL LEAVE ACT.  Apparently, my company is an employee owned (WinCo) and despite being part time, I’m gonna try for a month and a half and without being paid and not losing my job, I need time to focus on me.  I just need to be well again. I need time to shift through this pandemic as it caused a lot of my plans to be dropped or halted for the time being like having kids, or starting the process. 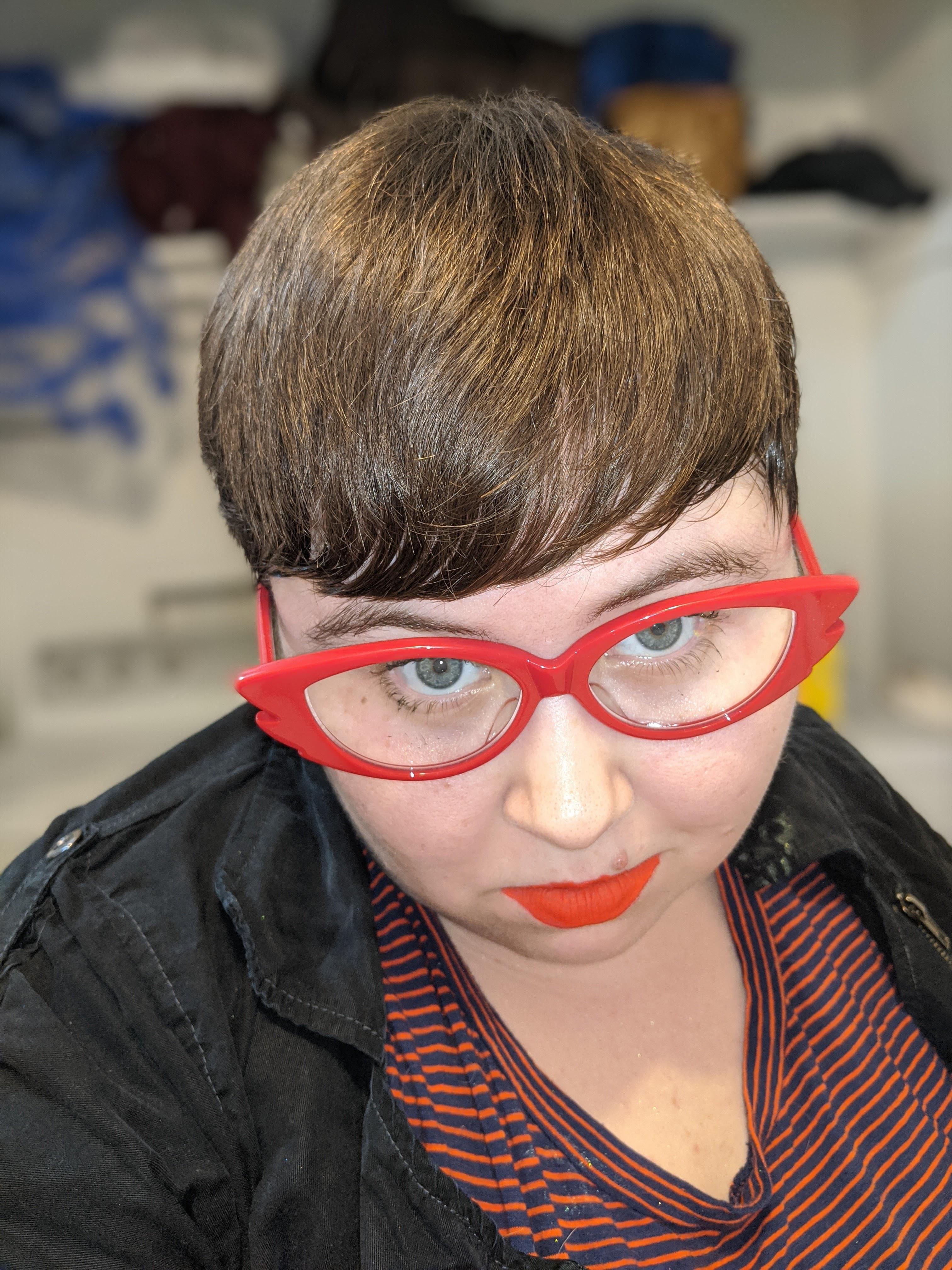 Me with my new hair and glasses
Since nonessential services are cut off, my hair has been growing and thus, it’s looking better on me all the time, plus I lost weight again-back down to 211 lbs or less. and I’m grateful for that honestly! I really am as work has been helping but I’ve been eating less and less, and thus almost starving myself and so my husband has been helping me eat and whatnot, but I’ve hurt him by going behind his back and spending his money, 1000 dollars in just a matter days and I’ve gotten a bit back but still, it hurts me that I did this; on top of the impulsive spending, I’ve also self harmed by cutting a few times as I mentioned previously. I’m better now but it hurts and I’ve gotten unsympathetic glances but I’m trying my hardest to cope and hopefully this new therapist helps me later today. 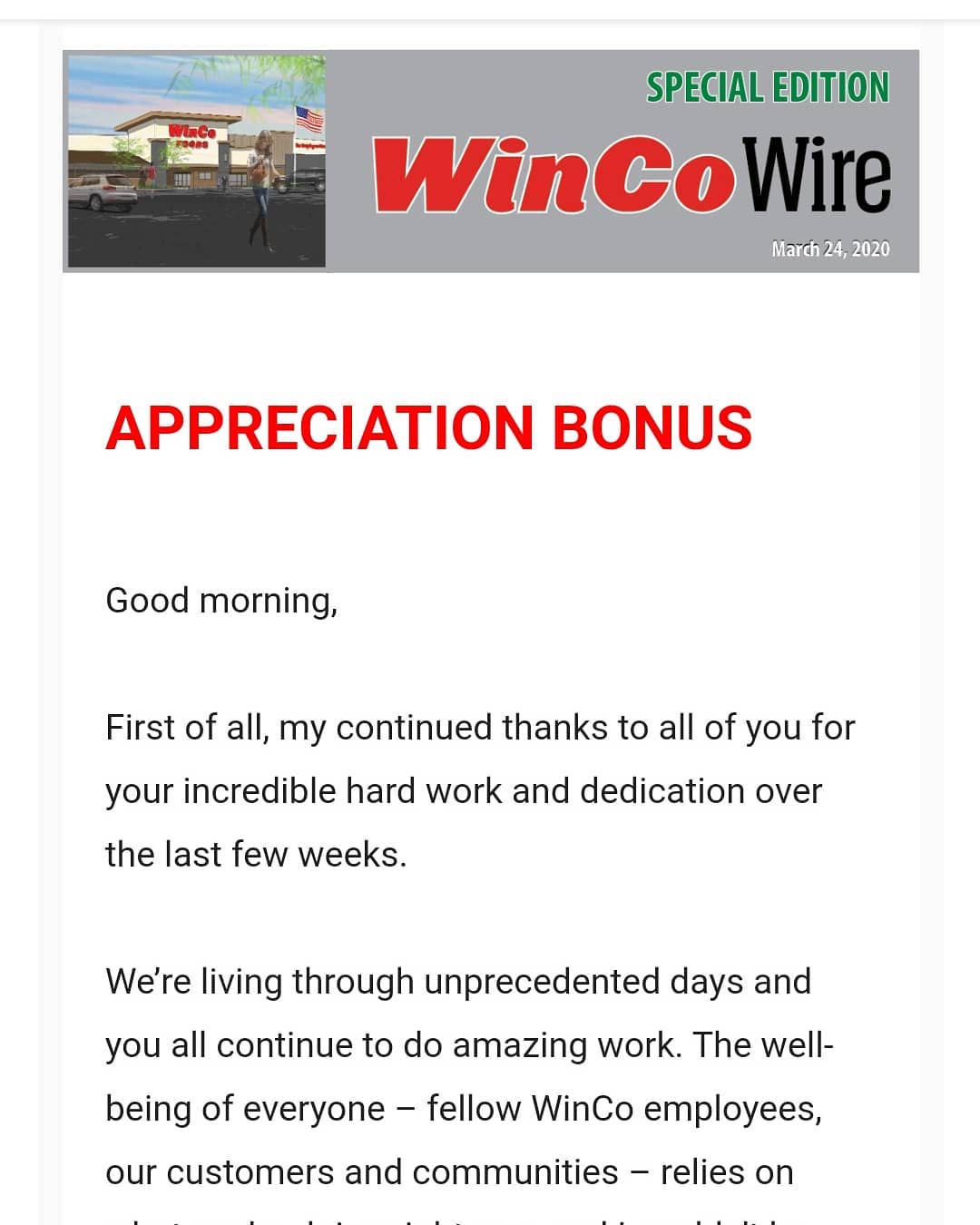 Though we did get a bonus but whatever. It was only 130 for me which is shit. Every employee is feeling the hopelessness of the whole pandemic situation. No one was/is equipped to deal with it and just the fact that our store hours changed because we had to restock. It’s ridiculous. Oh well, that’s just life then I got sick with an ear and sinus infection and became allergic or at least had some reaction to Augmentin.  It’s better now but even with my insurance, I have a 603 /608 USD bill. Fuck that shit, seriously.

Then I got into the Ace Attorney series =) Plus been playing that along with Final Fantasy VII Remake and Animal Crossing New Horizons. It’s been great!

You look great with your new hair and glasses❤

I’m so sorry to hear about everything you have been going through and hope that the break is what you need to feel better and heal.
Tiffany recently posted…HP Tag

I hope things will be better for you soon. God be with you.

That’s a tough decision to make but I am glad that you are taking some time off and concentrating on your mental health. You’ve had such a rough go of it lately and the COVID situation I am sure is not helping. I am very happy to hear that you have found a therapist and hope that they help you sort some things out. As for the cutting/self-harm maybe try finding a new hobby that you can do when you feel like self-harming? Something new and unassociated with anything that you already do maybe? Just a thought. I haven’t self-harmed since I was in my 20’s but I remember the feelings surrounding it. Dealing with those feelings is the best way, find something else that gives you the good feelings you get from it, and of course, dealing with the negative emotions is necessary as well to help you understand, learn to cope, and eventually stop harming yourself. If you ever need to talk I am here.
Kirsten recently posted…Who is Edith?

I’m sorry that you’re having a tough time at work. It’s not good for anyone right now. 🙁 I hope the time off helps. 🙂