Posted on January 18th, 2020 in blog, pictures by Michelle. 9 Comments
Work has been great despite the constant working and just moving around, but I made a good friend! His name is Alex and he’s awesome! This is great because I feel like at my age, it’s just difficult to make true friends and hopefully, it can still happen. That I can connect with others and that my Borderline Personality Disorder isn’t some sort of isolating death sentence. I hate how it has defined me greatly, as I know what’s keeping be back, being myself mostly.

Had to switch hosts for awhile because Iceglow hosting is gone due to the costs of Cpanel going up and me switching to Namecheap for a bit as I didn’t like anywhere else that I went; So basically the same for at least a year. Sorry for not updating for a bit but, work and life had gotten the best out of me and it sucks sometimes.  Then the worst happen to my therapist and my mother just casually says I should get a new one, why? Because the one I care about and has helped through 2012 is in the hospital? My mother is callous to the extreme and that doesn’t change ever but in the end, I’m awaiting and hoping my therapist gets better.

Then it was my dearly departed cousin’s birthday. Miss her like hell. 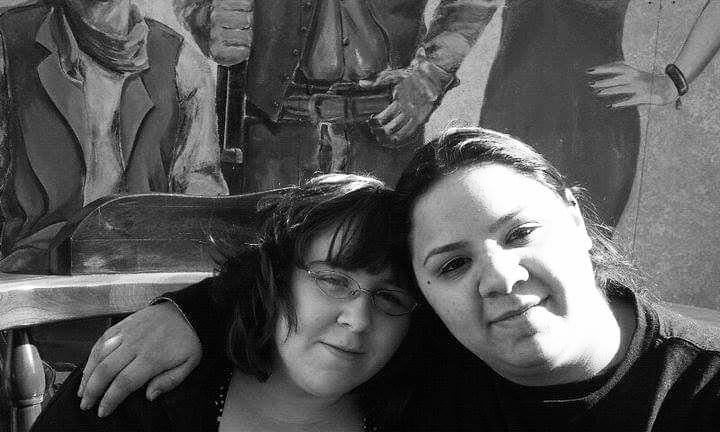 Me and her, R.I.P
Then I took the long hair that I was growing for nearly 5 months and cut it into like a bob and got new glasses for the first time this year. My eyes got worse, sadly thanks to my astigmatism and so my prescription had to be upped considerably.  Here’s me and I’m not trying to be too vain but I do like the way that my body is changing due to my weight loss and just in general. It takes a lot of work and more. 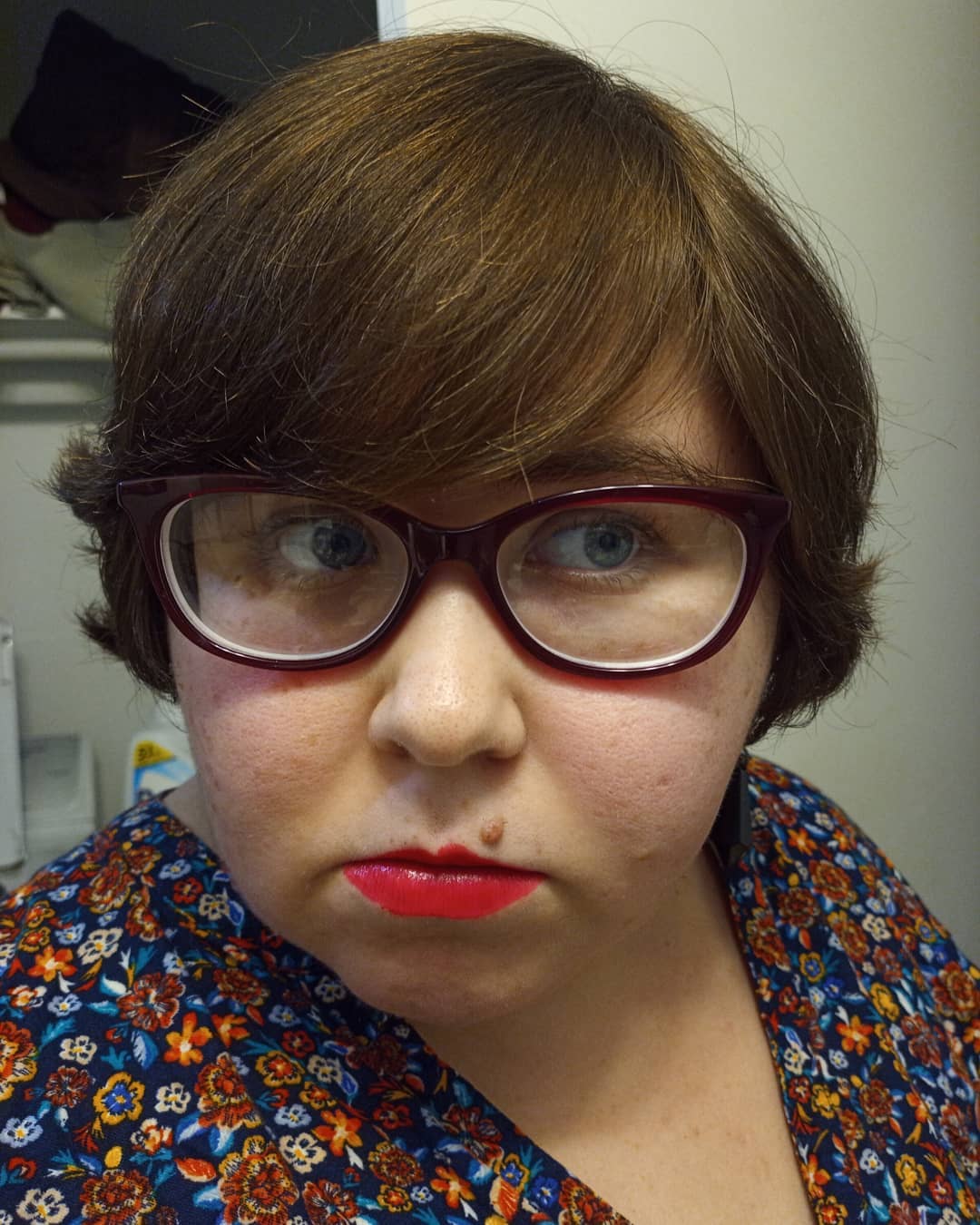 my new look and new glasses
Then Friday, and even on Monday (this upcoming week), I’ll be talking to many doctors including my high risk pregnancy doctor along with my Nurse Practitioner about getting pregnant by the end of the year and hopefully weaning off the medicine that held me together. and getting on some that can be considered safe for the pregnancy once, I get pregnant as I can’t with my IUD. Still, knowing that my aunt is going with me along with my husband is just great. This is something I gotta work on and even then, I’m glad that some sort of my family believes in me even if my mother disapproves me and so does my mother in law. Why can’t they see beyond my diagnosis’s? I’m still a human being underneath it all.

Anyhow, here’s some photos from Christmas 2019 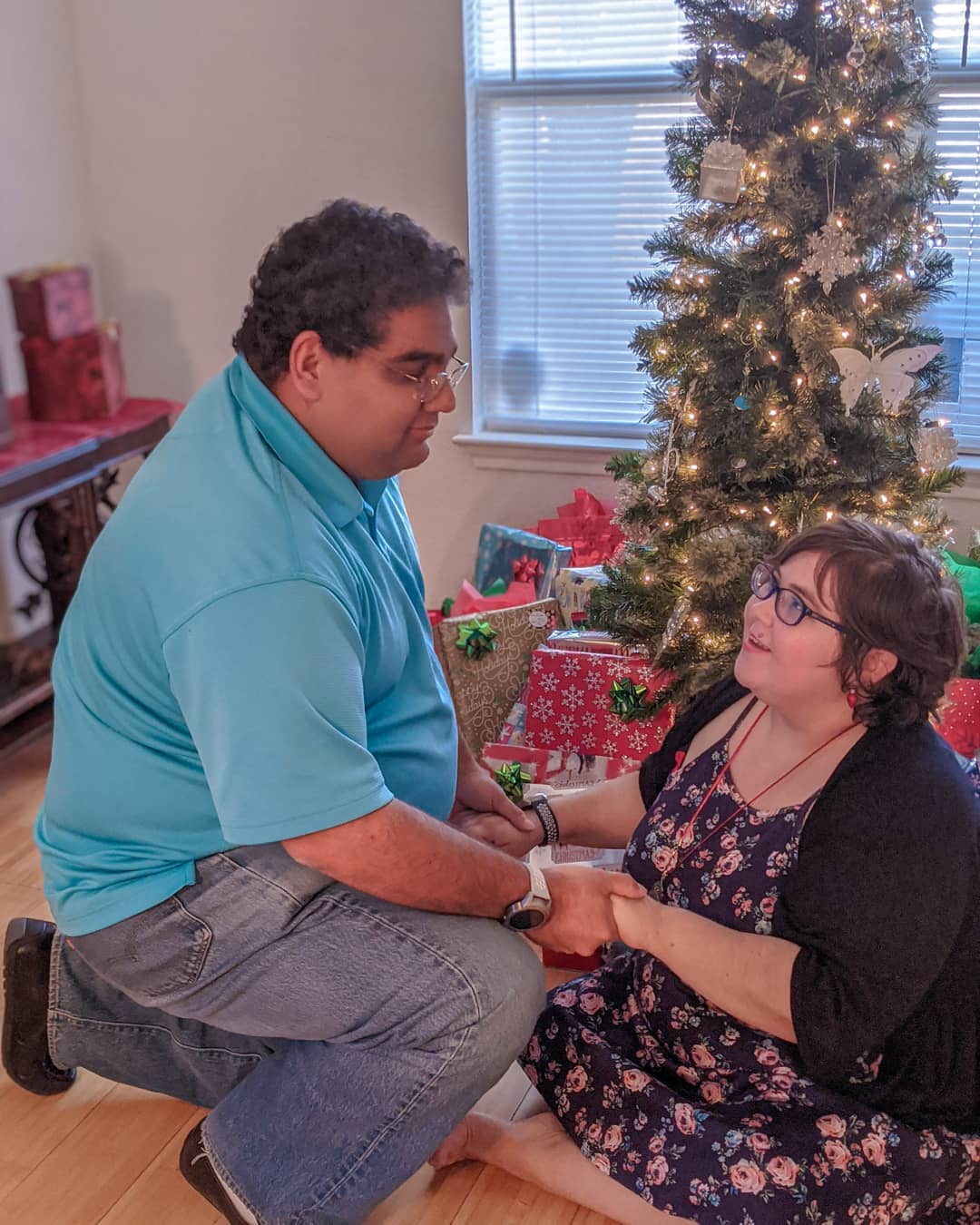 I love your hair! Looks so cute and really suits you! Like the glasses too.

Work can be so draining, I feel you there. And its great you made a friend there. It can be hard to make friends in general, and at work it can be hard too.

Hope your therapist gets better!

Glad to hear work is going well. It’s always great to have nice people to talk to. I’ve had jobs before where I’ve had no one to talk to, and that can be so hard.

Sorry to hear about your cousin. Hope you’re doing as well as you can be. Grief can be hard, especially on important dates.

Good luck with the pregnancy doctor. Hope everything goes well for you.

Your new look is great! You actually look like someone I went to school with. I had to do a double take because you look identical in that picture haha.

Good luck with trying to get pregnant! I hope it isn’t too difficult for you. Don’t get discouraged if it takes a while. I stopped my birth control a year and a half before I actually got pregnant. But we also weren’t really trying very hard to get pregnant.

You and your boyfriend look so adorable together. I also think your haircut really suits you.
I’m so sorry to hear about your cousin. 🙁

I love the cute pixie hair cut! It really suits you. ♥
It is good that you made a new friend too. I sort of understand what you mean… at my age making friends is not all that easy. I think I recently made a new friend too. She is a new co-worker at my job. 🙂
I’m sorry to hear about your therapist. I hope she gets better too.
So you want to have a child? Wow! I wish you all the luck for a safe pregnancy and healthy baby. ♥

Glad to hear that work has been well for you, and that you made a good friend. Oh wow, I never realized that cpanel prices went up, that is crazy, and Iceglow has been around so long. You never have to apologize for not updating, when you have to take care of yourself than you have to take care of yourself. I hope that your therapist gets better too. Sorry, to hear about your cousin as well. The new glasses and hair look so good and cute! I wish you luck in becoming pregnant!

Hi! Please update my link from animepapers.net to starhaze.net if u need a button from me you can find it here https://starhaze.net/linkage! Thanks <3

So sorry about your cousin and your therapists (we're friends on facebook).

You look gorgeous as usual, Michelle. 🙂

It’s always good to make new friends. I don’t get out much outside of work and running errands, so I don’t have a lot of opportunities to meet new people. And, honestly, I’m quite OK with that right now.