Posted on June 24th, 2020 in blog, pictures by Michelle. 6 Comments
Things have definitely changed for the better but what do I mean? Work, home life and relationships have been better as I’m trying to curb my impulses on spending money and ruining relationships with not only my husband but my aunt, whom, has been like a mother to me when my own biological mother has failed, abused, and bullied me all the while trying to destroy my marriage because she disapproved of my husband, Jose.

All because he wasn’t to her “standards” and it’s ridiculous, but what matters that I hardly talk to her and never see it because she professes that she hates my dog’s hair but hating my dogs, and in general animals. 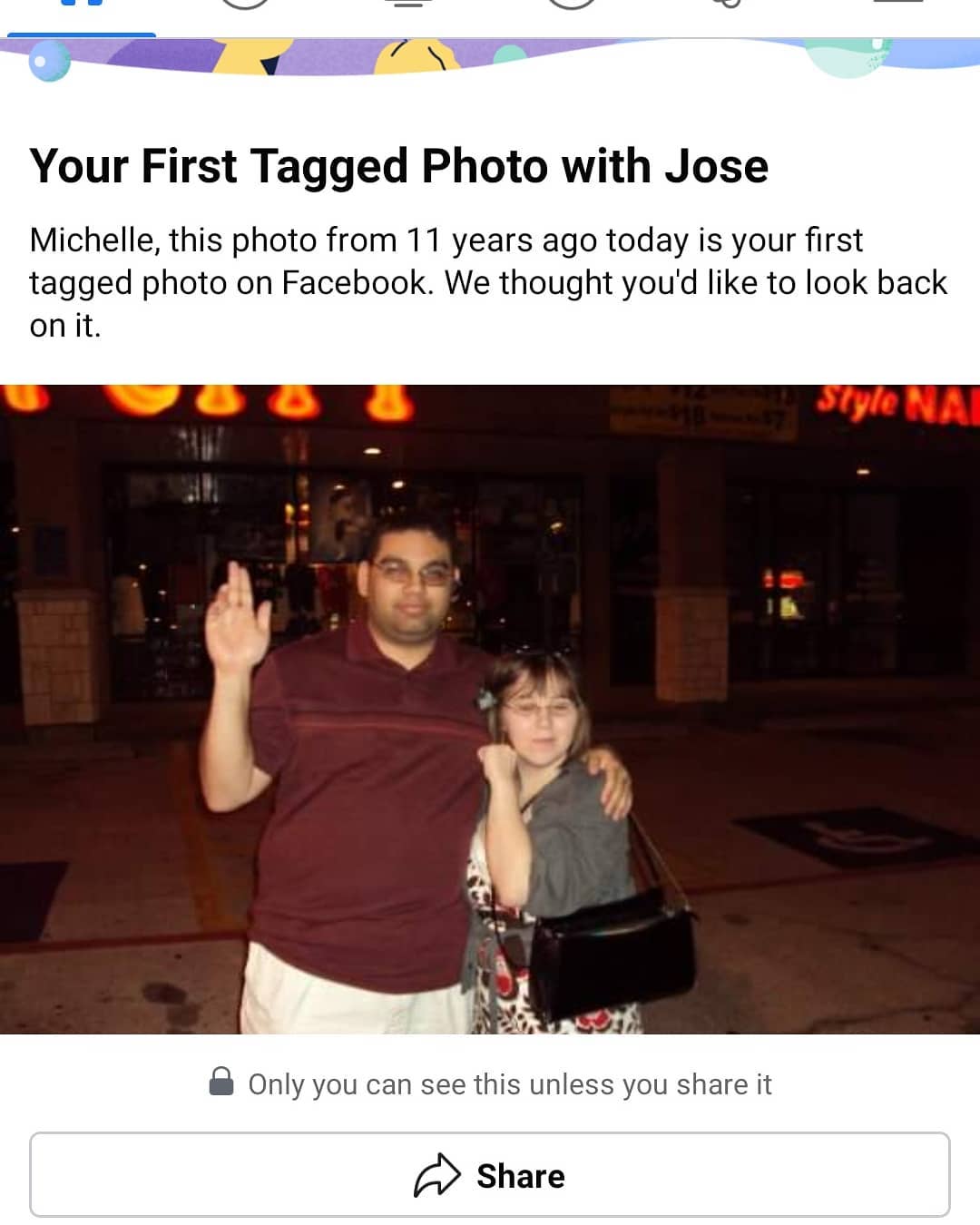 It’s been that long
She  doesn’t like animals at all, and that should be telling of her, regardless, I’m doing better and being honest with myself and my husband. I’m not spending anymore and if I do, it’s always with permission and never behind my  husband’s back or lying about it. And in short, it’s better, way better because honestly, I’ve been with him since 2007-2008 range and married since 2013. It’s been a ride and I’m grateful to have a partner that loves and is devoted to me selflessly and endlessly.

I need to be stronger for myself and him, and I’m doing that by excusing myself from the processes that lead me astray. Work is fine.  It’s chaotic then it’s not even if Texas is opened up, it’s still bullshit because there are more and more cases of COVID-19, and our governor Abbott is more about the economy than people’s lives or at least he thinks along with the Lt. Governor Patrick, that it’s fine. It’s not but I keep saying because no one is taking this seriously anymore including our President. Fuck him. Fuck him with a stick. I’m sorry. He’s a reprehensible human being. 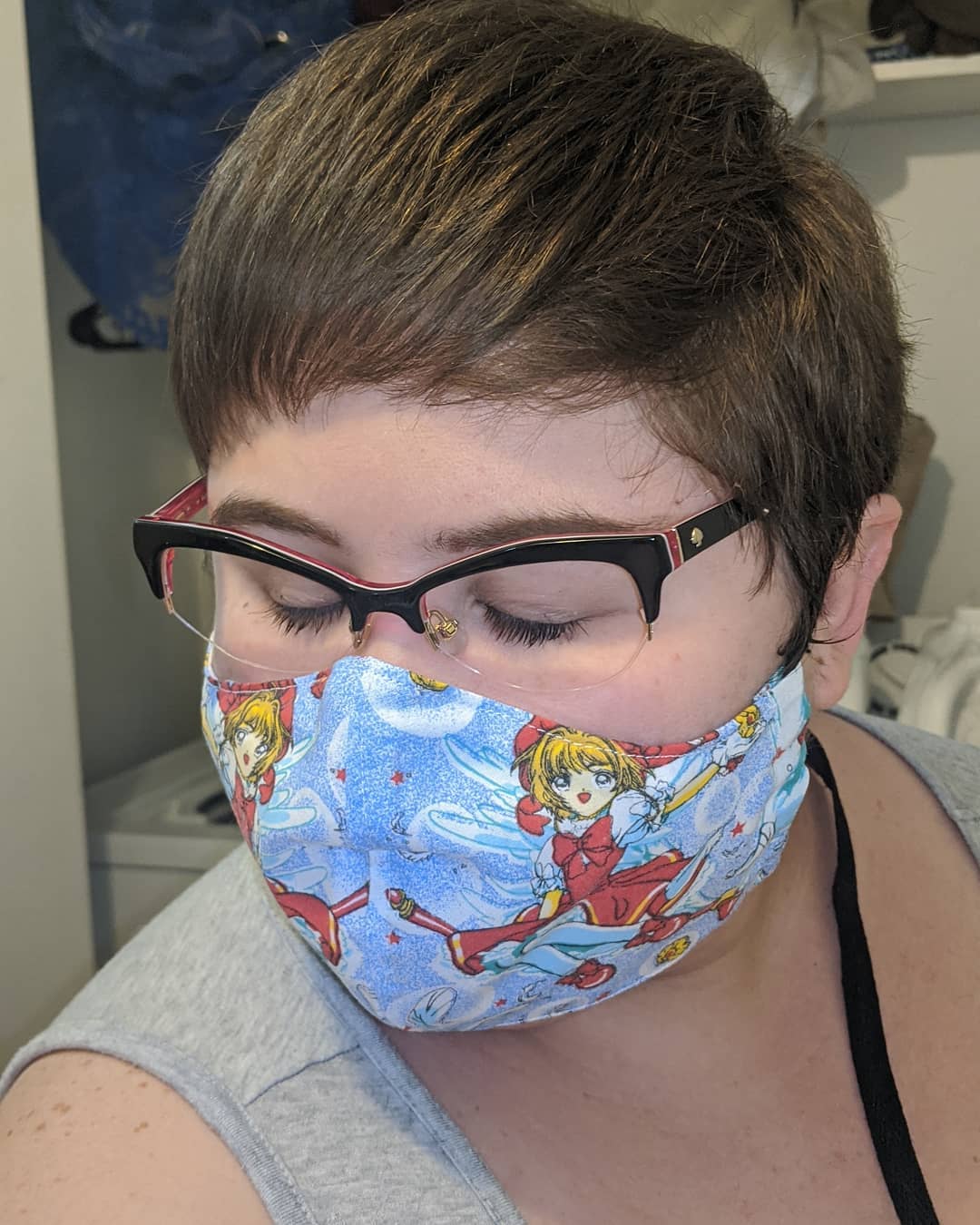 Me with my mask
But my physical health isn’t great as stated in my previous entry, that I may need surgery in my neck though I’m not sure. I’m not too sure and won’t know until the 29th when I go back to see him and the results come back in. I’m nervous as hell but I am feeling better due to the shots in my back which I have gotten many times over and while they can be scary for some people, they aren’t for me as I am not scared of needles nor blood but, I don’t like the pain of them going in despite it being minuscule, as I hate pain in general. It doesn’t do anything for me other than cause me misery. Let’s hope I get good news eventually or at least news that I can deal with.

Then it was Father’s Day and like my mother, he’s never been there and the only father figure I had died and another one took advantage of me and I owe 300 dollars to one bank because of him using me and putting me as his wife, when I never consented to it. Or at least remember asking that to be done. IN the end, I’m meaningful and know that I have value and am valid in feeling like I do despite what others say or do towards me. Though work at WinCo is great and I can get FMLA-ADA leave for anything health related which I’ll need again if my results prove to be bad and I need surgery. 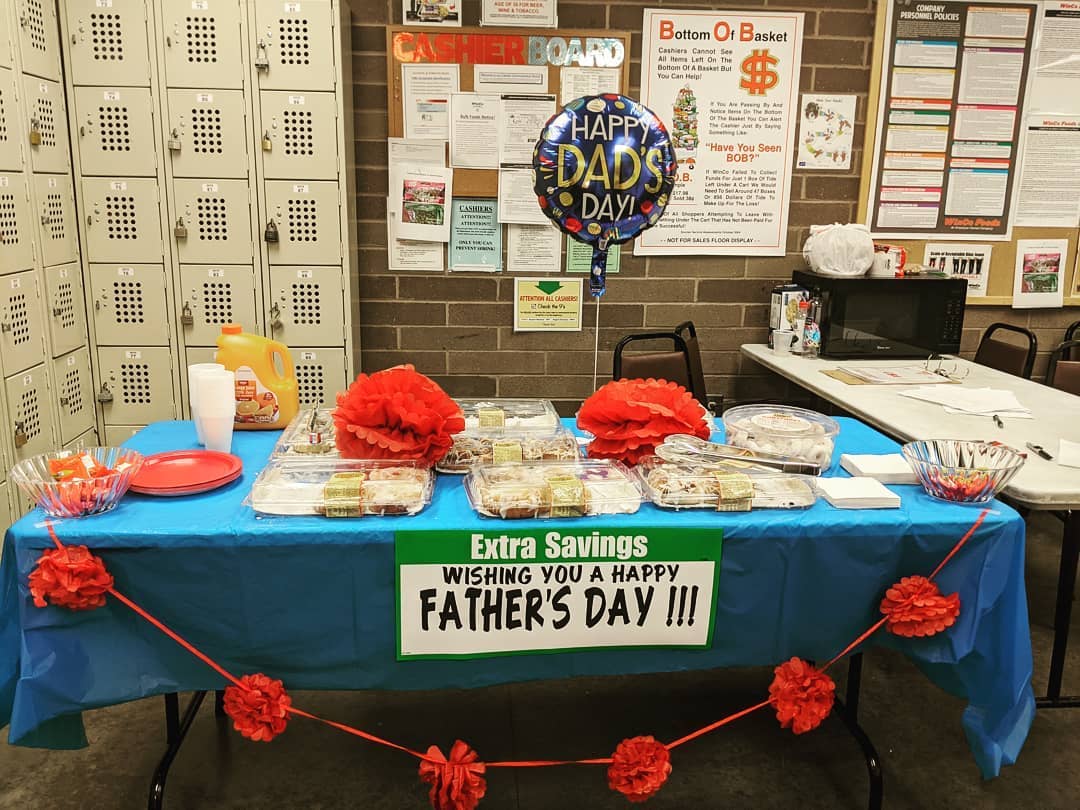 I’m glad you’re doing better though I’m sorry about your health issues. Ugh, I’ve heard those shots are painful. My doctor suggested one for my heel spur, but don’t want to unless I have to. I’ve heard their soooo painful. But I hope they at least help you.

Spending can be so hard. I have been doing a lot more online shopping due to COVID and it is really hard to curb it and say “I don’t really need this”. I find though as you say it is better when you are in a relationship for it to be a joint decision. That is unless you separate your money and your are spending your own money and not bill money. We don’t everything is combined. It’s not so much about getting your husband’s permission I don’t think, but more of a joint decision and mutual respect to ensure that you are communicating about things you are spending money on. It’s hard, but it sounds like you are doing better! Good for you!

I heard about the how Texas is not doing so well with cases right now. It’s scary. A lot of US states are in bad shape. And you’re right your president is a reprehensible human being! Can’t stand him. Hopefully, he’ll get voted out and you will get someone better. I was a bit of a critic about our prime minister and the premier of our province but I now think that they did and are doing a good job. Yes, our economy has suffered beyond repair, but maybe we can turn it around and make it a good thing. Lives are being saved. That’s what matters I think. The economy may not fully bounce back the way it was but maybe more local businesses will pop up.

Sorry about your health problems. 🙁 Hope they get better over time.

Ahh, I did hear about the situation in the US. It’s really frustrating when people don’t take this virus seriously – they’re jeopardizing other people’s well-being with this kind of thinking 🙁

I’m sorry to hear all about your health issues, Michelle! I do hope you get better soon 🙁

Your mask is so cute! I love it!